The ISFHC (International Society of Folk Harpers and Craftsman) was started in 1985 by a group of folks wanting to share their music, ideas and skills to further the musical capabilities of the folk harp. Almost uniquely, the folk harp community combines the world of the professional and novice player with that of the instrument maker.

We of the society would like to invite you to join. Membership involves a donation in support of folk harping worldwide. Please join or renew by mailing in a membership form, or join on line. If you enjoy the formal concert setting, the ethnic or traditional music faire, the challenge of building instruments, performing, teaching, playing for yourself on a winter day, or all of the above, please join us!

The chapters of the society:

Founded by Roland L. Robinson, a harpmaker in Mt. Laguna, California, the International Society of Folk Harpers and Craftsmen (ISFHC) was intended to meet the needs of the individual folk harper and builder for communication with his or her fellow artists. It began in 1980 out of the readership of the Folk Harp Journal and in 1985 it became a California nonprofit corporation.

Today, with a yearly membership of almost sixteen hundred, it provides a focus for folk harp activities worldwide.

Roland “Robbie” Robinson discovered the folk harp while in South America in the late 1950’s while in Brazil on a two-year tour with the USAID ( US Agency for International Development).

Robbie wrote, “While walking through the streets of Rio, I became aware of this new sound which seemed to emanate from everywhere. Incredible arpeggios, technical flourishes, tremolos, percussive sounds, bells, flutes, indeed the sounds of hundreds of instruments seemed to come from that harp.”

“Since that day in Rio, nothing about my life has been as it was. The harp became an obsession which possessed me. I had to study it – it’s music, it’s construction, it’s history and the cultures that spawned it. The harp ruined me professionally and financially. I became a hermit on my mountain so that nothing could interfere with my research, study, experimentation, and romance with the harp. I found my niche on Earth and it seemed that nothing else mattered.”

The Folk Harp Journal is Born

A born writer and teacher, Robbie envisioned a Folk Harp Society that would provide a means of communication among the folk harp community. In 1973 he wrote, typed and published the first Folk Harp Journal (FHJ). With the assistance of occasional Guest Editors, the Robinsons published the FHJ quarterly for twelve years.

“People asked questions! The same questions hundreds of times. Where can you get this – or that? How do you string a harp? How do you position the sharping levers? We decided to answer everybody’s questions by publishing a magazine, the ‘Folk Harp Journal‘, which would contain plans, sources, music, articles, etc.”

“There was nothing particularly good, or fancy, about my harps. People just wanted harps. At that time I thought I was the only harp maker in the world. People came from Germany, from England, and from Ireland. The pathways to Mt. Laguna became worn.”

In 1980 Robbie proclaimed the creation of the Society of Folk Harpers and Craftsmen. In FHJ #28 he wrote “ . . . our aim should be to strengthen the foundation of our activities, to stimulate and encourage regional activities, to advance our research into the past of our instrument, folk music, and identify the folks who have meant so much to the continued, though tenuous, survival of the folk harp. Mainly it should help to get folks started, and to progress – to the enrichment of their lives, and ours.”

The Establishment of the ISFHC

The Articles of Incorporation includes the following statement:

“The specific purpose of this corporation is to educate, cultivate, promote, foster, sponsor, and develop among members and the general public an appreciation of the folk harp as a musical instrument and living cultural tradition; to develop and improve the quality of the instrument itself and of its related components by educating harp makers and encouraging communication between them; to encourage the composition and performance of music for the folk harp; and through education to improve the quality of performance of harpers.”

“In spite of our efforts to satisfy a seemingly endless thirst for knowledge about the harp, the mail pours in, the people keep coming. They fly to the San Diego airport, rent cars and drive to Mt. Laguna, and I am no longer a hermit, nor am I rich – but I am happy. I am very happy.”

We extend our deepest appreciation and gratitude to:
Nadine Bunn, who has so ably served as Editor of the Folk Harp Journal from 1985-2005. Thank you, Nadine, for a job well done.

A video from ISFHC President, Dave Kolacny. This video was prepared for the Somerset Harp Festival in July 2021.

This new board was elected in January of 2021. 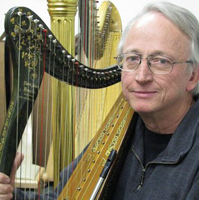 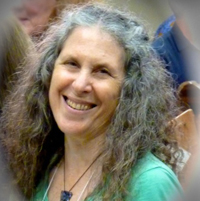 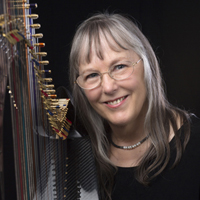 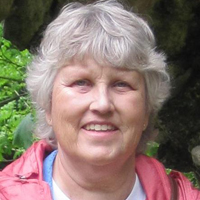 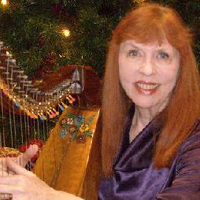 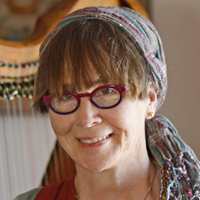 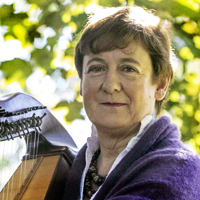 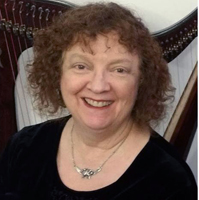